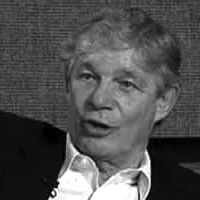 Stuart Kauffman is the first winner of the ASC’s Norbert Weiner Medal. Few living scientists are as ambitious in their choice of problems as Stuart Kauffman. He is a polymath, with a degree in medicine and training in biochemistry, genetics, physics, philosophy and other fields. He roams across disciplinary boundaries seeking answers to the riddles that obsess him. Why is reality so beautifully structured rather than being a chaotic mess? How probable was life? Is evolution enough to explain life’s origin and diversity? How does a brain make a mind? How do minds choose? Stuart Kauffman has held appointments at many institutions, notably the Santa Fe Institute, a center for complexity studies, He proposed that our scientific understanding of reality is radically incomplete, and that some sort of anti-entropy, order-generating force remains to be discovered. He spelled out these ideas in his books Origins of Order (1993), At Home in the Universe (1995), Investigations (2000) Reinventing the Sacred: A New View of Science, Reason, and Religion (2008) and Humanity in a Creative Universe. (2016) 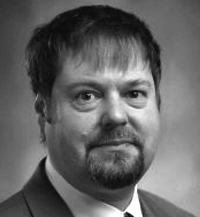 Gerald Midgley is Professor of Systems Thinking and Associate Dean for Research and Enterprise in the Business School at the University of Hull, UK. He also holds Adjunct Professorships at the University of Queensland, Australia; the University of Canterbury, New Zealand; Mälardalen University, Sweden; and Victoria University of Wellington, New Zealand. He was Director of the Centre for Systems Studies at Hull from 1997 to 2003 and from 2010 to 2014. From 2003 to 2010, he was a Senior Science Leader in the Social Systems Group at the Institute of Environmental Science and Research (ESR), New Zealand. Gerald has had over 300 papers on systems thinking, action research and stakeholder engagement published in international journals, edited books and practitioner magazines, and has been involved in a wide variety of public sector, community development, technology foresight and resource management projects. He was the 2013/14 President of the International Society for the Systems Sciences, and has written or edited 11 books. 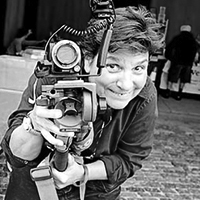 Judith (Jude) Lombardi is a social worker turned sociology professor turned “social” documentarian. She discovered cybernetics while working on her Ph.D. when searching for radical ways of thinking about thinking and being human.

Dr. Lombardi taught sociology at a small university in Baltimore, Maryland USA. She retired so that she might devote more of her time to video-ethnography, that is documenting — vis-à-vis video taping — people doing what people do. Her documentary, the “Gentrification (k)NOT Movie” is available on DVD.

For more information about jLombardi and her work visit her website. 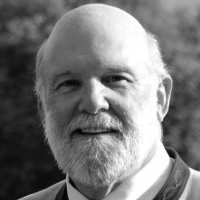 William J. Reckmeyer is Professor of Leadership & Systems in the Department of Anthropology and Director of the SJSU Salzburg Program. A faculty member at San José State since 1977, Bill is a systems scientist/cybernetician whose teaching, research, and practice centers on the use of collaborative entrepreneurial approaches to address hyper-complex global and institutional issues in more integrated ways. Most of his work over the past quarter-century has focused on leading multi-year strategic change efforts in a broad mix of organizational, interagency, and community settings; providing advice on strategic policy-making for senior-level officials in the US, Californian, and Australian governments; and developing advanced leadership programs – including the Harvard Institute for School Leadership, the American Leadership Forum, and the California Agricultural Leadership Program. Significant responsibilities during the past fifteen years have included service as Faculty Chair of the Global Citizenship Program at the Salzburg Global Seminar; Strategic Advisor for the California Levees Roundtable; Chief Systems Scientist at the Systems of Systems Center of Excellence for the US Department of Defense; and major positions as a Visiting Professor or Visiting Fellow at a dozen major universities in the United States, Europe, and Australia – including Harvard; Stanford; Sydney; Stockholm; St. Gallen; and Southern California. A Life Fellow and Past President of the American Society for Cybernetics, he has also served as a Kellogg National Leadership Fellow; a 5-time Salzburg Global Fellow; a Fulbright Scholar-Host; an AASCU Global Scholar; and a Board Member for the Kellogg Fellows Leadership Alliance. In addition to being honored as SJSU’s Outstanding Professor, Bill has received its Warburton Award for Outstanding Scholarly Achievement and its Distinguished Faculty Mentor Award, and has led its award-winning SJSU Salzburg Program since 2005. He has chaired 150+ masters theses and honors projects; authored 60+ publications; and delivered 300+ keynote addresses, presentations, and papers. Dr. Reckmeyer earned his BA in History (Randolph-Macon College) and his MA & PhD in Russian Studies (American University); and also completed several post-doctoral programs in Higher Education (Harvard University). 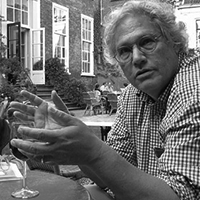 Hugo Letiche is Professor of Care, Complexity and Organisation at the University of Leicester. Hugo studied for his first degree, in culture studies, at The University of Chicago. He did his Drs. in Conflict Psychology at Leiden University (NL). His PhD, a study in the role of ideology in higher education, was awarded by the Vrije Universiteit (Free University) Amsterdam. Before coming to Leicester, Hugo taught at the Universiteit voor Humanistiek, Utrecht (NL) where he was Research Professor and Director of the part-time PhD program. Before that, he taught at RSM (Rotterdam School of Management) Erasmus University (NL), the MEd, of the University of Amsterdam (Nutsseminarium) and in the Department of Labor Relations of the Utrecht Polytechnic (de Horst). His research interests centre on the humanization of organisation, focusing on the ethnography of complex (emergent) organisation(s) and the post-phenomenological interpretation of ‘organising’. The ‘turn to affect’ in ethnography is important to his work. Hugo’s research interests are philosophically and ethically informed and include CSR / business ethics, organization & aesthetics, ‘care’, coherence and emergence. He is currently pursuing these themes through investigation of ‘critical communitarianism’, ‘demos’ and new forms of critical practice. 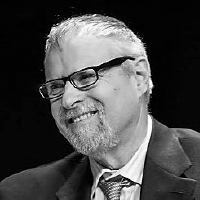 Ron Schultz is the producer and co-host of the Internet-based TV/Radio show, Creating Good Work, Live. He has written, co-written and edited 25 published books on social innovation, emergence, and entrepreneurship. In 2014, he received the Social Innovation Leadership Award from the World CSR Congress. His books include: The Complex Buddhist – Doing Good in a Challenging World, (Emergent Publications 2015); Creating Good Work – The World’s Leading Social Entrepreneurs Show How to Build a Healthy Economy (Palgrave Macmillan, 2013) The Mindful Corporation: Liberating the Human Spirit at Work, (with Paul Nakai) (Leadership Press, 2000); and Open Boundaries: Creating Business Innovation through Complexity, (with Howard Sherman) (Perseus Books, 1998). Ron is the founder of Red Tiger & Associates, and Entrepreneurs4Change, organizations dedicated to mindfulness-based social innovation and entrepreneurship. He has been a Shambhala Buddhist practitioner for 25 years and a meditation instructor for the past 15, teaching meditation to businesses, seniors and veteran populations. Ron has spoken and lectured at such places as: The Skoll World Forum, The Skoll Centre for Social Entrepreneurship, the World CSR Congress, the Social Enterprise World Forum, and numerous Social Enterprise Alliance Summits. The universities at which he has spoken include: Trinity College, Dublin, Oxford University, MIT, UCLA, Adelphi University, and the Academy of Management’s National Conference. His current column, Adjacent Opportunities appears in the Journal, Emergence: Complexity and Organization. 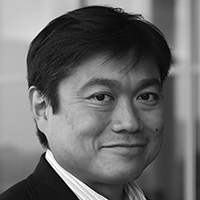 Joichi “Joi” Ito, director of the MIT Media Lab, (via video with an open discussion to follow) has been recognized for his work as an activist, entrepreneur, venture capitalist, and advocate of emergent democracy, privacy, and Internet freedom. As director of the MIT Media Lab, he is currently exploring how radical new approaches to science and technology can transform society in substantial and positive ways. Soon after coming to MIT, Ito introduced mindfulness meditation training to the Media Lab. Together with The Venerable Tenzin Priyadarshi, founding director of The Dalai Lama Center for Ethics and Transformative Values at MIT, Ito is promoting the contribution that awareness and focus can bring to the creativity process. Ito has served as both board chair and CEO of Creative Commons, and sits on the boards of Sony Corporation, Knight Foundation, the John D. and Catherine T. MacArthur Foundation, The New York Times Company, and The Mozilla Foundation. In Japan, he is executive researcher of KEIO SFC, and he was a founder of Digital Garage, and helped establish and later
became CEO of the country’s first commercial Internet service provider. He was an early investor in numerous companies, including Flickr, Six Apart, Last.fm, littleBits, Formlabs, Kickstarter, and Twitter. Ito’s honors include *TIME* magazine’s “Cyber-Elite” listing in 1997 (at age 31) and selection as one of the “Global Leaders for Tomorrow” by the World Economic Forum (2001). In 2008, *Business Week* named him one of the “25 Most Influential People on the Web.” In 2011, he received the Lifetime Achievement Award from the Oxford Internet Institute. In 2013, he received an honorary D.Litt from The New School in New York City, and in 2015 an honorary Doctor of Humane Letters degree from Tufts University. In 2014, he was inducted into the SXSW Interactive Hall of Fame; also In 2014, he was one of the recipients of the Golden Plate Award from the Academy of Achievement.