5 Mile walk in the Peak District starting in Edale 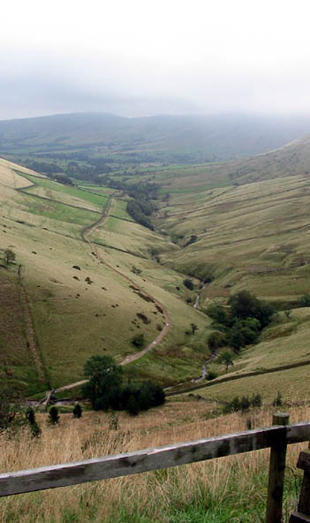 If you like walking you can do so not too far from Bolton in the spectacular landscape of the Peak District in the county of Derbyshire.

The Peak District was declared the first national park of the United Kingdom in 1951.
To get there by train a convenient destination is Edale, which still has regular train service. It takes about 1h20min to get by train from Bolton to Edale. Switch trains at Manchester Piccadilly station. You can buy your ticket online and pick it up from a kiosk at the station (see below).

Edale is a small village in the heart of the Peak District, and the walk starts right at the train station.

I would recommend bringing your own picknick while enjoying the spectacular views from Kinder Scout, but Edale also has two pubs, the Old Nags Head and the Ramblers Inn.

The Peak District is criss-crossed with footpaths which were used by mule trains to deliver goods across the United Kingdom before trains and canals were built. That we have the right to do these walks on private land we may owe to the ‘ramblers’. Much of the countryside used to be privately owned and in the 1930 Kinder Scout had a prominent role in clashes between landowners and ‘ramblers’. After the arrest of a group of ramblers, a mass tresspass was organised on the slopes of Kinder Scout, which lead to today’s ‘right to roam’.

This right to roam is still celebrated today by villager’s annual competition of carrying beer barrels across the fells from one pub to another.

This is a circular walk starting and ending at Edale train station.

It comes in two versions. 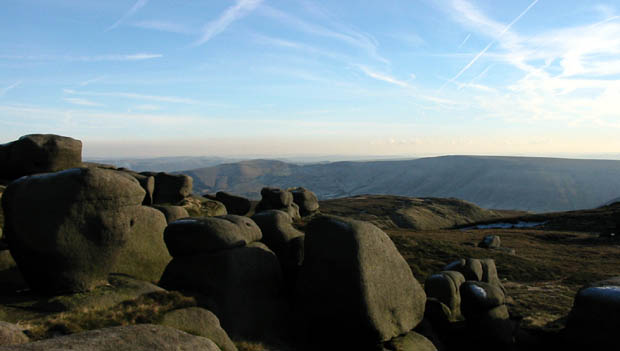 My favourite is the eight mile walk which includes three points of interest: The strange rock formations called wool packs, followed by a cliff which is favoured by freestyle rock-climbers (if you proceed a bit further you may find a nice sheltered spot for your picknick and a good view of said climbers), after that you are about half-way through your walk and proceed towards your decent down Jacobs Ladder and back to Edale and either to the station or the pub. If I remember right there are some mediaeval rock carvings before Jacobs Ladder. Perhaps some walkers you meet are able to point these out.