First and Second-Order Cybernetics & Science I and Science II by Karl H. Müller and Stuart Umpleby

First and Second-Order Cybernetics & Science I and Science II

Revolutions in the political sphere are usually immediately recognized as such and are perceived as revolutions as they unfold. Revolutions in the science system, however, become manifest only long after their occurrence. For example, Nicolaus Copernicus did not think of himself as the originator of the Copernican Revolution when he published finally ”De Revolutionibus Orbium Coelestium” in 1543. More than fifty years after the publication very few scholars reacted either positively or negatively to Copernicus’ work and no one perceived the Copernican theory as one of the major revolutions in science. Within this context of silent revolutions in science the tutorial will be focused on two broad issues.

The first one is the question whether we are experiencing another silent revolution in science and the emergence of a new cognitive architecture of science in general. Here, the concepts of Science I and Science II will be introduced and discussed as a possible difference which makes a significant difference.

The second general problem to be addressed in this tutorial is the role and function of cybernetics within this silent revolution in science. First-order cybernetics was an inter- or transdisciplinary field with a clear focus on controlling and regulating technical, biological or social systems. The tutorial will explore possible roles and functions for second-order cybernetics or, as Heinz von Foerster called it, “the cybernetics of observing systems”. But who is observing what? What does it mean to include an observer into cybernetic investigations? Are we confronted with logical paradoxes and with insurmountable barriers by bringing an observer back in? And what could be the goals of cybernetics as a “theory of the observer”? 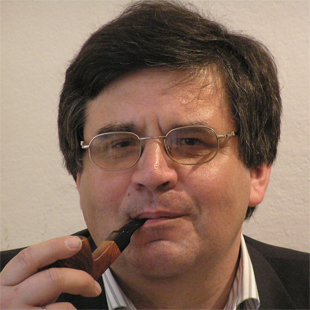 Since 2001, Karl H. Müller is head of WISDOM, Austria’s infra-structural centre for the social sciences and President of the Heinz von Foerster Society. Previously he was head of the Departments of Political Science and Sociology at the Institute for Advanced Studies (IHS) in Vienna.

His main research interests range from issues in complex modeling within the social sciences and from interdisciplinary analyses of innovation and risk processes in science, technology and society to the history and the current potential of inter- and transdisciplinary research as well as to the frontiers of second order cybernetics and radical constructivism. 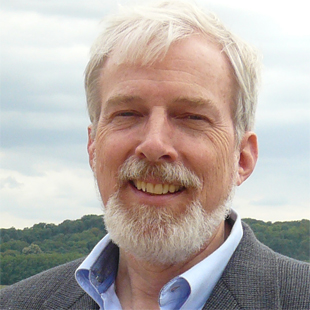 Stuart Umpleby is a professor in the Department of Management and Director of the Research Program in Social and Organizational Learning in the School of Business at The George Washington University. He received degrees in engineering, political science, and communications from the University of Illinois in Urbana-Champaign. Dr. Umpleby has published articles in Science, Policy Sciences, Population and Environment, Science Communication, The Futurist, The Journal of Aesthetic Education, Simulation and Games, Business and Society Review, Telecommunications Policy, Systems Practice, Systems Research and Behavioral Science, Kybernetes, and Cybernetics and Systems. He is a past president of the American Society for Cybernetics. He is Associate Editor of Cybernetics and Systems. He has received research grants from the National Science Foundation, the Charles F. Kettering Foundation, the Charles Stewart Mott Foundation, and the U.S. Department of State’s Bureau of Educational and Cultural Affairs. He has consulted with the World Bank, with government agencies in the U.S. and Canada and with corporations in the U.S., Europe, Japan, and China.

He has been a guest scholar at the Wharton School of the University of Pennsylvania, the International Institute for Applied Systems Analysis in Laxenburg, Austria, the University of Vienna, the Institute for Advanced Studies in Vienna, Austria, and the University of St. Gallen in St. Gallen, Switzerland. In spring 2004 he was a Fulbright Scholar in the Faculty of Economics, University of Sarajevo, Bosnia-Herzegovina. Between 1981 and 1988 Umpleby was the American coordinator of a series of meetings between American and Russian scientists on the foundations of cybernetics and systems theory. These meetings were supported by the Russian Academy of Sciences and the American Council of Learned Societies.