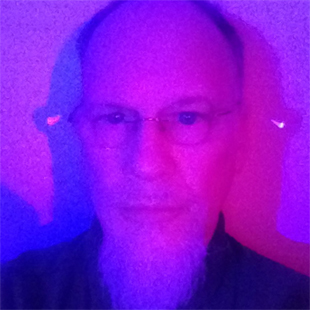 Biographical Info: Ted Krueger is an Associate Professor of Architecture at Rensselaer Polytechnic Institute where he teaches Architectural Design and seminars on human perception and tool theory. In the Fall of 2013 he will direct Rensselaer’s foreign study program in Torino and Rome.
Krueger holds a PhD in Architecture from RMIT. His principal supervisor was Ranulph Glanville. He also holds a professional Master of Architecture degree from Columbia University following graduate work in architectural history at the University of Chicago and an eclectic undergraduate education in the social sciences and the arts at the University of Wisconsin-Madison and the School of the Art Institute of Chicago.
Following his professional education, Krueger spent twelve years in practice gaining substantial experience in laboratories and technical buildings, high-end retail and residential projects in New York City, and large-scale mixed-use developments in Southeast Asia. But has taught in Schools of Architecture for more than twenty years.
Krueger’s design work has resulted in numerous publications, exhibitions, and lectures on an international basis for the last 25 years. In addition, his design work has led to two New York Foundation for the Arts Fellowships, a New York State Council for the Arts Project grant, a residency at ArtPark in Lewiston, NY, and his selection as one of the “Emerging Voices’ by the Architectural League of New York.
Ted has recently lectured at MIT’s Computation and Design Group, the Royal Academy of Architecture in Copenhagen, Southern Polytechnic State University, and the University of Technology-Sydney and Duke University. He is a member of the editorial board for the British media research journal ‘Digital Creativity.’