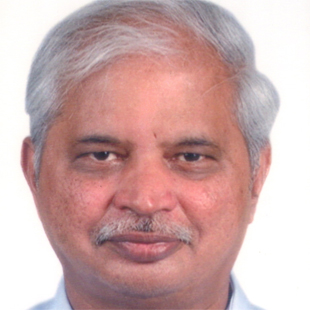 Biographical Info: M.G.P.L.Narayana is with Tata Consultancy Services Limited (TCS), the largest software services company of Asia. He is a Vice President at TCS, Hyderabad and Chief Scientist heading Cybernetics Center at TCS, Hyderabad. Over the last 30+ years he served in various software development projects in TCS and managed software delivery centers for a telecom multinational company operating from TCS, Bangalore. He led the business development for TCS in Silicon Valley, California during ‘97-2000. He initiated and managed the TCS’s research collaborations with leading universities in US, working from Riverside, California, till 2002. His consulting work in telecom and wireless includes managing and leading India’s first ISDN switch development, developing distributed software architecture for inter system roaming for Personal Communications Services (PCS). He currently manages research in Business Systems & Cybernetics Center (BS&CC) at TCS, Hyderabad. His research interests include business excellence, innovation management, quality-value paradigm and contextual search engines working in the domains of systems engineering, cybernetics, software engineering and business management.
Mr. Narayana holds Master’s degree in Computer Science from the Indian Institute of Science (IISc), Bangalore. He holds memberships with international professional organizations such as ACM, GloGift, INCOSE and he is a Senior Member of IEEE. He is a fellow of IETE. He holds patents for his work in Business Systems & Cybernetics Center (BS&CC) and several publications to his credit. He is a past chair of IEEE, Hyderabad Section during 2010-2011 and IEEE’s Computer Society chair for Hyderabad for 2008-2009. He was the General Chair of IEEE India’s flagship conference Indicon2011.

He visited Manasarovar & Mount Kailas in 2005.