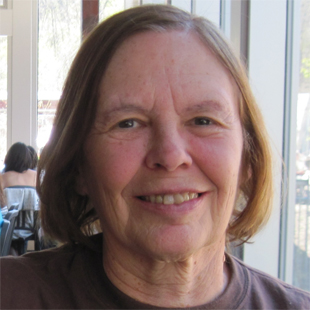 Biographical Info: I have been interested in cybernetics since taking a class with Barry Clemson in my doctoral program at the University of Maryland nearly forty years ago and attending my first conference in 1981. Since then I have worked on my own and, during his lifetime, with my partner Stafford Beer applying cybernetics and systems generally to organizational and socio-ecological systems and specifically using his Viable System Model and as a licensee of his Team Syntegrity process. I also serve as a Director of the Cwarel Isaf Institute (devoted to maintaining and advancing Stafford’s work) which is part of the Malik Management Centre in Switzerland. I have also been active in the Metaphorum group, another entity focused on similar aims.
I consult and give workshops and tutorials under the banner of The Complementary Set and have taught part time and as a visiting lecturer/researcher in universities in Canada, the US, Europe and Latin America.
In the past, I have served as an ombudsperson for the ASC and as president. I have also served as a president of the ISSS. Currently I live in Toronto Ontario where I attend the Ontario Systems group which aims to give systems people an opportunity to get together and share ideas.
On the ground, I have been acting on my interest in ecological systems by volunteering as a member of the Design Team of Ecologos, an organization focused on the protection of water in Ontario and around the world. Ecologos takes a ‘whole system’ approach believing that social justice and a love for and appreciation of our natural world must be combined with the more direct practices to protect the environment.
I am currently working on a project to document early applications of the Syntegration process which included an event for the ASC in 1999 organized by Ern Reynolds in Falls Church Virginia asking the question of what cybernetics had to contribute to the 21st century.